Lewis Hamilton’s success in winning his 5th Formula 1 World Drivers' Championship is the latest in a string of victories since Mercedes re-entered F1 back in 2010. In fact, they’ve dominated the sport with 5 World Drivers' Championships and 5 Constructors' (team) Championships in a row; having also nailed their 5th Constructors title in 2018. They’ve perfected the discipline of winning, and have adopted an Agile approach to do so offering lessons for anyone trying to drive innovation and foster a culture high-performance:

F1s technical regulations which govern how a car must be designed and constructed change from one season to the next, with some years having greater changes than others. This was the case for the 2017 season when new rules were brought in to make the cars faster and encourage more overtaking on track. For all teams this represented a severe technical and innovative challenge which would determine their success not only in that season’s races, but also for future years to come.

At the end of the year, after Mercedes had dominated the field by winning both drivers and constructors championships, the team's Chief Designer, John Owen, made the startling revelation that the car had been specifically designed to only achieve 90% of its optimum capabilities: "I set the objective to build a 90% car for 2017. It might seem strange not to aim for 100%, but the problem you face in any set of rules is that you can't be certain of the challenges you'll face along the way - how the rules evolve. There's a lot of unknowns there, so you aim for a car that can cover as many different circumstances as possible, and accept that it might not be the pinnacle of optimisation. We built a lot of adjustment into the car, the capability to react to things we saw."

From the outset, the team adopted an Agile approach by introduced flexibility into the design and consequent construction of the car; meaning that they were able to cater for changing conditions as they developed. This ultimately proved a deciding factor in Mercedes competitiveness versus their competition in that season, and for the years that have followed.

From the top down, every member of the Mercedes team recognises that their success is dependent upon focussing on the overall system's performance, rather than individual components or elements.

Team Principal Toto Wolff explained in an interview in Forbes: "When you're running a racing team, there are a handful of key parameters you need to make interact with each other: financial resources, people, drivers, engines, infrastructure, partnerships, and most importantly, time. If any of those is lacking, you have a structural deficit that will harm performance."

When it comes to optimising the performance of the car, complete systems thinking is crucial to delivering a winning package. Andy Cowell is the Managing Director at Mercedes-AMG High Performance Powertrains which produces the engines for not only the Mercedes F1 team, but also other 'customer' teams including Force India and Williams. For the 2018 season, the number of engines that a team is allowed to use over the course of the year was reduced from four to three. This meant that each engine has to last longer and cover a greater distance overall. Despite this challenge, Cowell and his team took a holistic approach to the problem: "We focused on trying to increase the life of the equipment without losing performance, but we also wanted to change the packaging of the power unit for the benefit of the overall car performance. We worked very closely with our colleagues trying to understand the best overall integration in the chassis, the transmission, and the aerodynamic surfaces. The secret is in the integration. This is why the Mercedes factory car is faster than the cars with customer engines."

Mercedes engines are considered to be the best and most powerful on the grid, but the reason that Mercedes win is because those engines are designed as part of an overall system to deliver superior performance.

Wolff's background was as a Venture Capitalist before entering Formula 1. He brought with him an obsession with finding inefficiencies allowing him to extract the most out of his team. He recognises, "In Formula 1 you win by minimal margins."

This philosophy is manifest in the team constantly striving to improve performance by identifying marginal gains to find an advantage over the competition. As Technical Director James Allison puts it, "We try to improve the car every time we hit the track."

Hamilton's victory in the 2018 World Drivers' Championship was largely due to a sequence of four wins in row covering the Grands Prix in Italy, Singapore, Russia, and Japan over the middle part of the season. The following race was in the United States where Hamilton and Mercedes had won in the previous 4 years and were widely expected to continue that trend. However, as it transpired they suffered an unexpected defeat in which they struggled to manage tyre temperatures over the course of the race. It emerged that Mercedes had made what seemed to be a fairly innocuous change to their rear wheel rim design just prior to the Italian Grand Prix. The effect of the change was to help airflow to alter the rim's temperature and thereby the temperature of the tyres themselves. Tyre wear was historically something of an achilles heal for Mercedes, so this small change had a big impact on their overall performance it seemed. Building questions from other teams in the run up to the US race lead to Mercedes reverting the wheel rim design, which is suggested to be a reason for their poor performance in that event. The sport's governing body has cleared the design, but the debate rumbles on. 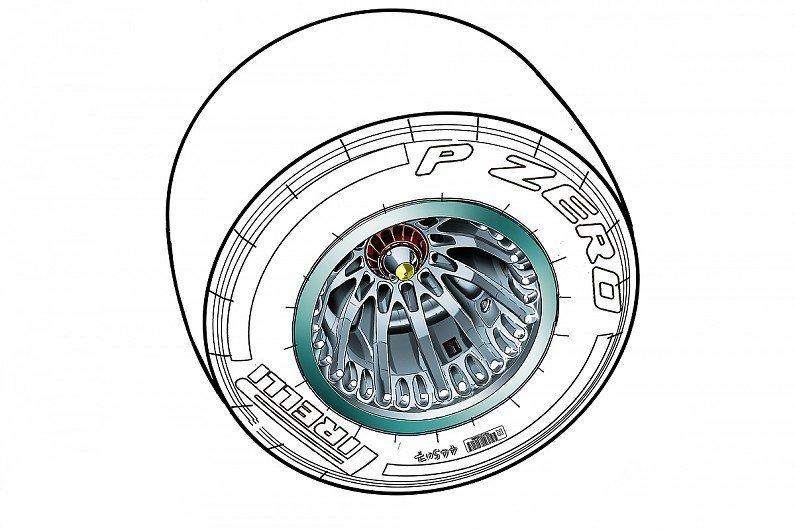 Mercedes look for the smallest of advantages in all that they do, knowing that these marginal gains add up to ultimate victory. Even something as small and innocuous as a wheel rim.

Every team has to focus on its strengths and weaknesses between races, thinking creatively to find more speed for the next event. For Mercedes, this isn't just about the technical delivery of the car; it's about all the processes that make up the team's performance on an ongoing basis. This constant review process is based on individual reflection, as well as team.

Lewis Hamilton outline's this philosophy in an interview with The Guardian following a poor result at the Canadian Grand Prix: "We as a team have all sat down and each and every person has been critical of themselves, including me. When they have their big meetings back at the factory they are very, very openly critical. The cool thing is when you come out of those meetings everyone acknowledges: 'You know what, there are things that I can do better, now I will do better rather than make excuses."

Everyone is accountable to the collective. The pressure to deliver comes from a shared commitment combined with a culture of support. Wolff highlights: "What we do now is support people. We don't blame individuals. We blame problems."

This is manifest in success as much as failure. After a 1st and 2nd place finish at this year's Japanese Grand Prix, Wolff was quoted on the BBC: "We try to provide a safe place in our team. You are allowed to make mistakes and call them out and it means you’re not scared for your job and can feel comfortable. In our Monday morning meeting we start with what mistakes we’ve made over the weekend to get them out, and it means that people like James (Vowles, Chief Strategist) can say what they need to, when they need to."

This has created an environment of open accountability. Vowles very publicly demonstrated this during the Austrian Grand Prix: Lewis Hamilton lost the lead of the race when the team failed to pit him under a Virtual Safety Car, an error that could have cost him up to 13 valuable points in the championship race. The decision was Vowles, and in an unusual break in formalities he personally apologised to Hamilton during the race via team radio. James Allison explained on the team's YouTube channel: "The normal communication path is that the strategist will tell a message to the race engineer to pass on to the driver and the race engineer will do that. In this particular instance it was James showing an extremely broad pair of shoulders, standing up and saying 'that's my mistake, Lewis, and I'm very sorry for it'. I think that's characteristic of James but also a measure of how this team operates, where people will hold up a hand when they have made a mistake knowing that the team's attitude to mistakes is that they are things that they learn from rather than throw blame around for or cause great polemics within the team."

An Agile approach is predicated on building a culture where there's the security and respect for peers to immediately confront one another when problems arise, so they can work on solutions together to find answers quickly.

Maximise the Combination of People, Process, and Technology

As Andy Cowell puts it, "Formula 1 is about having this blend of technology development, ingenuity, and great human performance." And Mercedes are the masters.

Clearly Formula 1 is a technology-driven sport. Mercedes have proven their un-paralleled ability to maximise that technology through an Agile doctrine for design and development which allows them to adapt to change and respond to competitive challenges.

But the human element is even more important. Mercedes have created a culture of innovation and achievement that is built on a central philosophy and associated set of values. As they highlighted in the Mercedes-AMG F1: The Steering Column blog: "When there's no clear right answer to a challenging situation, it is our values that guide us and provide the template for the decisions we make - the professional values that sit at the heart of our team and the personal values that make us the people we are. We believe stronger than ever that the ethos with which we go racing - from the factory floor to the podium steps - is the key to our success." 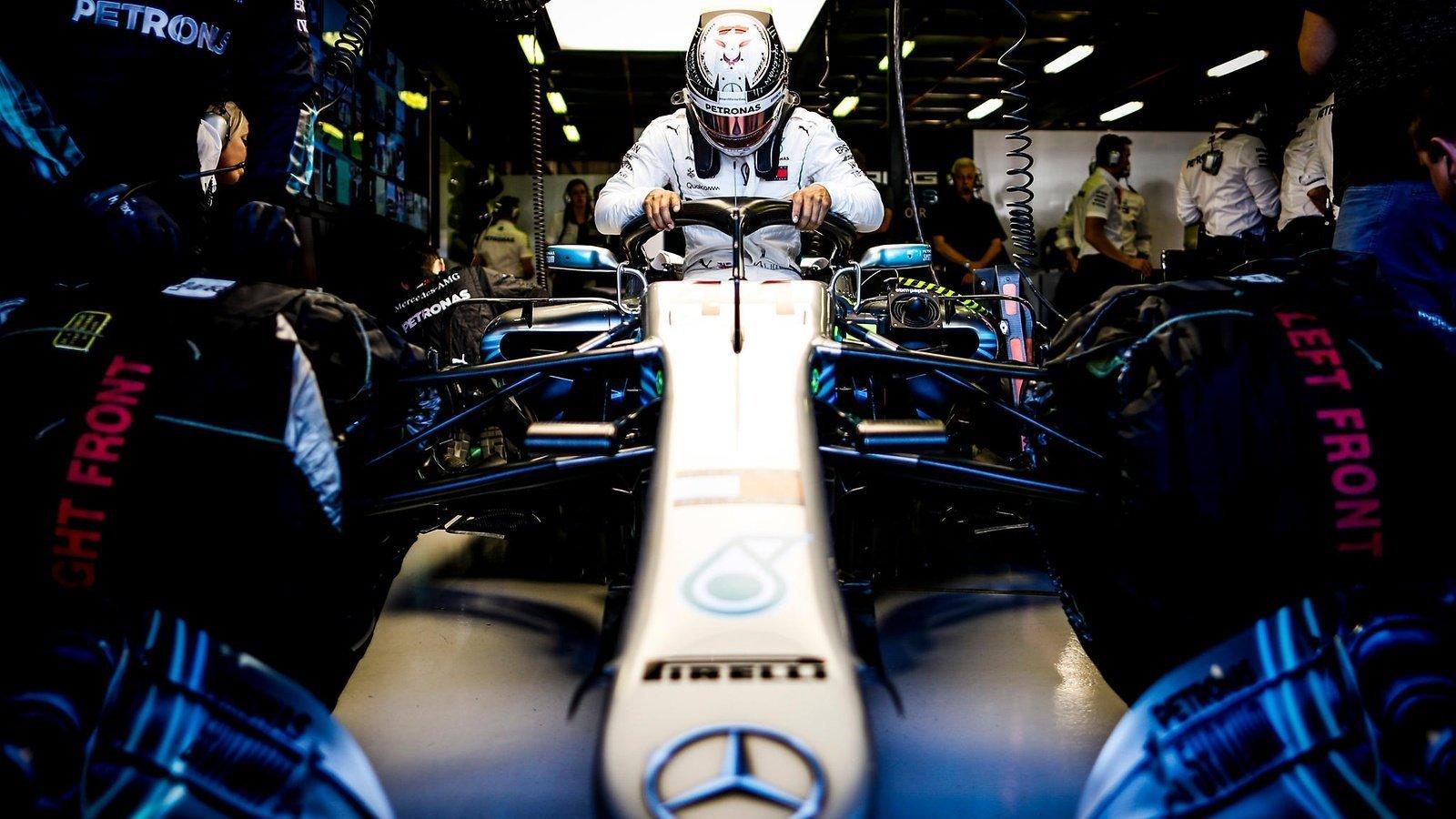 In many respects, the Mercedes-AMG Petronas F1 team are the exemplar of an Agile organisation. Each member of the team has clear responsibility and authority, creating a culture where people are highly engaged, will take care of each other, figure out ingenious solutions, and thereby deliver exceptional results.